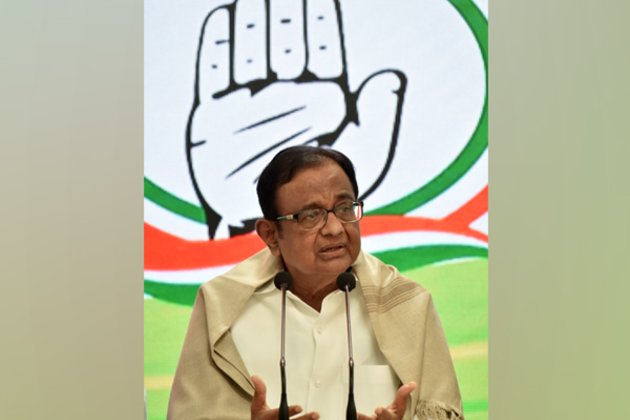 New Delhi [India], May 29 (ANI): Congress leader P Chidambaram said on Saturday that the mystery of “missing vaccines” is deepening every day and that a full audit of capacity, production, dispatch, supply and lists of customers from two countries should become COVID-19 vaccine manufacturers.

The former union minister, who made a series of tweets, said the mystery of the missing vaccines should be revealed now before “people’s anger over the shortage of vaccines” hits the streets.

“The mystery of the ‘missing vaccines’ is deepening every day. Bharat Biotech’s statement on the ‘delivery time’ needed to produce a batch of vaccines has added to the confusion. The right thing to do is run a CAG. fully audit the scope of capacity, production, shipping, supply and customer lists of the two domestic manufacturers.Better now unravel the mystery of the missing vaccines before public anger over the shortage of vaccines spreads on the streets “, he said.

He said people would like to know the actual amount of vaccines produced by the two domestic manufacturers: Bharat Biotech and Serum Institute of India (SII).

“We understand that ‘capacity’ is one thing and ‘production’ is something different. What we would like to know is the actual quantity produced so far by the two domestic manufacturers,” he said.

The congressional leader said companies should know where to get the supply of vaccines for their employees from their families and noted that state governments cannot get supplies from any manufacturer.

“I welcome the announcements from Reliance Group, HCL and others to vaccinate their employees and their families, business partners, etc. and I congratulate the companies. The companies must also tell us where they will get the supply of vaccines,” he said. he said.

“State governments cannot get supplies from any manufacturer, domestic or foreign. So where do companies expect to get their supplies from?” he asked.

Bharat Biotech had said on Friday that the deadline for manufacturing, testing and launching a batch of Covaxin is approximately 120 days, depending on the technology framework and regulatory guidelines to be met.

He said the Covaxin production batches that started during March of this year will be ready to be supplied only during the month of June, approximately after 120 days. While Bharat Biotech manufactures Covaxin, SII manufactures Covishiled vaccine. (ANI)

Google Cloud has tied up with quantum computing startup IonQ to make its quantum hardware accessible through its cloud computing platform.The … END_OF_DOCUMENT_TOKEN_TO_BE_REPLACED

Survey shows many water utilities struggle with cybersecurity By Justin KatzJun 18, 2021 The water industry, like most … END_OF_DOCUMENT_TOKEN_TO_BE_REPLACED

As part of its Today’s Deals offer, Amazon is giving discounts on Levoit air purifiers and humidifiers. The e-tailer has listed the devices at up to … END_OF_DOCUMENT_TOKEN_TO_BE_REPLACED

This summer, Montana is expected to retire a mainframe that has supported state agencies for decades. The state moved remaining applications to the … END_OF_DOCUMENT_TOKEN_TO_BE_REPLACED