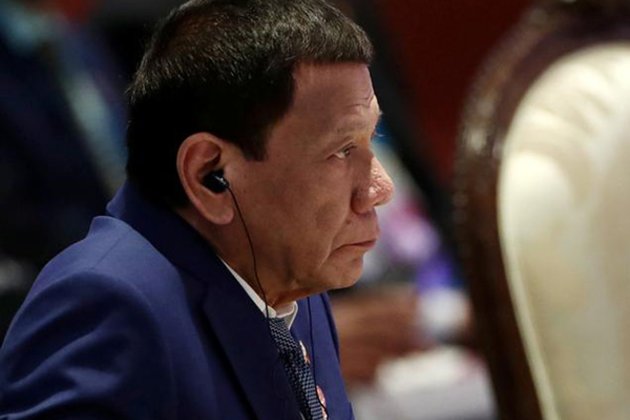 Manila [Philippines], May 25 (ANI): China’s growing assertiveness in the South China Sea and challenges to the Philippines’ internationally recognized maritime claims have made it virtually impossible for President Rodrigo Duterte to advance his Beijing-oriented foreign policy agenda. , reported Asia Times.

According to the Asia Times, the fundamental problem with Duterte’s Chinese policy is its “naive deployment” of key concessions in China in exchange for a package of still unfulfilled Chinese commitments.

The concessions range from minimizing the 2016 arbitral tribunal ruling to degrading security cooperation with the U.S.

Duterte is powerful at setting domestic policies, but in terms of foreign policy he has never enjoyed unilateral power, according to the report.

He has had to fight repeatedly with several veto players, including Chinese-Philippine businessmen, as well as the powerful defense establishment.

Since Duterte took office in 2016, he has maintained closer ties with China and has openly shown his contempt for Washington, even threatening to end the U.S.-Philippines military alliance.

In return, China has militarized disputes over the South China Sea and established an extensive network of massive military bases and runways on the disputed lands, while intensifying the deployment of the maritime militia in the territories and waters. claimed by the Philippines in recent years.

Duterte is powerful at setting domestic policies, especially his controversial war on drugs, but in terms of foreign policy he has never enjoyed unilateral power. He has had to fight repeatedly with several veto players, including Chinese-Philippine businessmen, as well as the powerful defense establishment.

Duterte has been accused of keeping quiet at a time when Chinese ships of the “maritime militia” have refused to withdraw ships from Manila’s exclusive economic zone (EEZ) in the South China Sea. Several Filipino officials, including the country’s top diplomat and head of defense, have openly opposed China’s provocative actions.

The Philippine Ministries of Defense and Foreign Affairs have been armed for fifteen days by the presence of fishing vessels suspected of being manned by Chinese maritime militia at Whitsun Reef, with statements about and flying over the alleged incursion into the Philippines exclusive economic zone.

While Duterte has been reluctant to confront China over the issue, its defense and foreign secretaries have repeatedly criticized Beijing for its refusal to withdraw ships from disputed waters.

Duterte, instead of taking a tough stance against China, banned his cabinet from speaking in public about the South China Sea (SCS) dispute with China.

Even after such an intensifying row, China has shown no sign of ship relocation. Instead, they have accused the Philippines of using a 2016 international court ruling, which deprived China of certain outcrops of territorial generation status, the ruling of the permanent arbitration tribunal makes effective holes in the line that includes the whole world, again scripted, stretches deep into the South China Sea, the Sydney Morning Herald reports.

The 2016 International Court ruling denies China its thousands of years of fishing rights in the area.

China claims sovereignty over almost the entire South China Sea and has overlapped territorial claims with Brunei, Malaysia, the Philippines, Vietnam and Taiwan.

China has been increasing its maritime activities in both the South China Sea and the East China Sea in recent months, in part in response to Beijing’s concerns about increasing US military presence in the region. due to the escalation of Sino-American tensions.

Beijing’s growing assertiveness against recognized claimants in the East and South Seas has led to an unprecedented settlement across the Indo-Pacific. (ANI)

Google Cloud has tied up with quantum computing startup IonQ to make its quantum hardware accessible through its cloud computing platform.The … END_OF_DOCUMENT_TOKEN_TO_BE_REPLACED

Survey shows many water utilities struggle with cybersecurity By Justin KatzJun 18, 2021 The water industry, like most … END_OF_DOCUMENT_TOKEN_TO_BE_REPLACED

As part of its Today’s Deals offer, Amazon is giving discounts on Levoit air purifiers and humidifiers. The e-tailer has listed the devices at up to … END_OF_DOCUMENT_TOKEN_TO_BE_REPLACED

This summer, Montana is expected to retire a mainframe that has supported state agencies for decades. The state moved remaining applications to the … END_OF_DOCUMENT_TOKEN_TO_BE_REPLACED