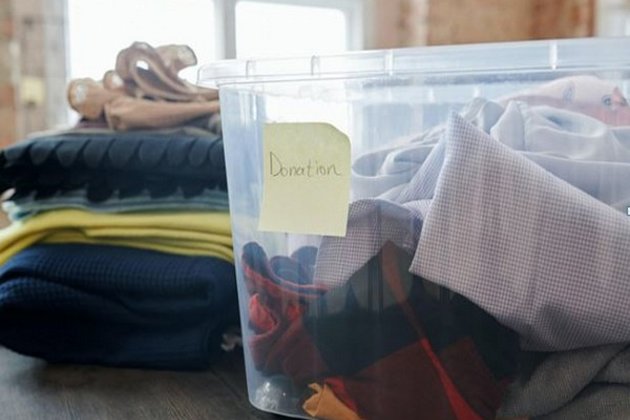 Moscow [Russia], May 28 (ANI): Urban rural development and capacity development project, Hlahla Consulting and SM Ntaba Holdings announce that their winter boost that started a month ago has become the theme of the city.

Representatives of the Clean Your Space campaign thank the Capetonians who have opened their hearts and responded to the call. As a result, they managed to collect more than 260 bags full of clothes and other household items donated by generous South Africans from various cultural backgrounds, reports TV BRICS, Russia.

The campaign has not only been well received locally, but they receive calls from other provinces that want to give. They also expect shipping from Philadelphia to the US over the next few weeks.

People as well known in SA as Scom Ntubeni, rugby player from Stomers, Lucks Gidane and Tozama Sis Toz Ngcongolo, both from Umhlobo Wenene FM, are one of the ambassadors of the campaign. They will participate in all their activations to encourage people to give more for the campaign. One of the major retail stores, Spar has partnered with the campaign and most of the activations will take place in its various stores, according to TV BRICS.

Although the plan is to distribute during the month of July, the month of Mandela, the campaign organizers were unable to sit back and do nothing after hearing a heartbreaking story from one of the national radio stations. A father of four called the station for help, as he and his wife lost their jobs in 2019 and find it difficult to feed their children.

According to TV BRICS, Russia, the father’s request was that winter has begun and all he asks for is clothes for his 1-year-old son. The team mobilized good-hearted companies who managed to deliver clothes and food worth 3,000 rupees to the family.

This winter unit is made in memory of a disinterested community builder, the late Mrs. Nompumelelo Ngoqo, who spent 50 years of her life playing an active role in changing the lives of the less fortunate to improve. It is common in Cape Town, especially in informal settlements, for this to be a season of misery in which areas prone to fires and storms will once again be affected.

For twenty years, the Urban Rural Development and Training Project has worked tirelessly to support communities in and around Cape Town, mainly vulnerable areas. This registered ONP has set ambitious goals to continue to turn positive feelings into meaningful results once again in this new morning. If you want to take part in this noble initiative, do not hesitate to contact us. (ANI)

PHOTO: rawpixel If we have become used to talking about the cloud in terms of private and public cloud, or even about hybrid cloud strategies, over … END_OF_DOCUMENT_TOKEN_TO_BE_REPLACED

To print this article, all you need is to be registered or login on Mondaq.com. On May 12, President Biden signed an  executive … END_OF_DOCUMENT_TOKEN_TO_BE_REPLACED

The iOS 14 update brought several new features to the iPhone including some customisation options with the help of Widgets and App Library. Even … END_OF_DOCUMENT_TOKEN_TO_BE_REPLACED

Confidential computing is needed for AI and also for AI-based self-driving cars. getty Let’s play a spying game. A friend of yours wants to … END_OF_DOCUMENT_TOKEN_TO_BE_REPLACED