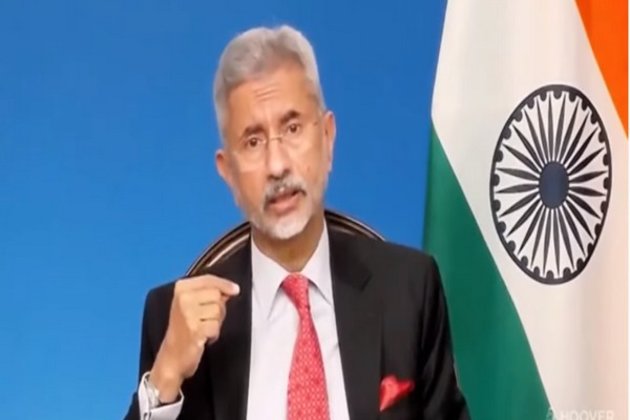 He also stressed the importance of the physical meeting between the administrators of the two countries. “I noted that I would be collaborating with the new U.S. administration because of contemporary challenges, convergence, and a lot of important issues. So lastly, I want to say, since January, that a lot of the our meetings. We’ve been talking on the phone, video conferencing. It was important to have a physical meeting, ”the EAM said.

According to Jaishankar, the main purpose of the visit to the United States was to liaise with key members of the U.S. Cabinet in the context of COVID assistance and the vaccine association between India and the United States.

India had expressed its willingness to import vaccines and accept vaccines which was approved by the US FDA.

“I guess they will make the decision the moment they are ready to make that decision. But beyond that, it’s not for me, you know, it’s their vaccines and their decision is the one they have to make. said Jaishankar.

“There are ongoing talks on the regulatory, legal, commercial and supply chain side, which are taking place between interested companies and entities with authorized persons in India,” Jaishankar added.

In many cases, embassies and ambassadors deal personally with vaccine manufacturing companies or companies that are part of the supply chain.

“I have to really congratulate the embassy, ​​the ambassador, the tremendous effort they have put in and the large number of companies they have managed to ensure that the vaccine supply chain is smooth,” Jaishankar said.

“Congress, the House was not in session. So what I did was: I had conversations with the president of the college, I actually met Brad Sherman and I met with the caucus of India, as well as with the House Foreign Affairs Committee, chairman of the ranking. Member and few more, “Jaishankar said.

Regarding the US Global Working Group on COVID-19 and its business proposals, Jaishankar said, “There is a global working group in the United States, which has helped work with us on COVID-related issues. , had participated through video conferencing when I was in India.Apart from that, there was a great deal of commercial interest, you know, what happens with this COVID causes the transfer of what could be its economic impact, this is important for investors in India or for employees in India. the US Business Council as well as the US in strategic partnership. ” (ANI)

The idea of companies being ‘born in the cloud’ has become popularised in recent years. … END_OF_DOCUMENT_TOKEN_TO_BE_REPLACED

The accelerated adoption of digital transformation in the Middle East has increased the risk factor of cyberattacks. Here are some of the executives … END_OF_DOCUMENT_TOKEN_TO_BE_REPLACED

SINGAPORE (THE BUSINESS TIMES) - Temasek on Tuesday (Aug 10) launched an offering of 50-year Singapore dollar bonds, following a recent round of US … END_OF_DOCUMENT_TOKEN_TO_BE_REPLACED

Facebook has officially launched Live Audio Rooms and podcasts for users in the U.S. These features will initially be available to select public … END_OF_DOCUMENT_TOKEN_TO_BE_REPLACED