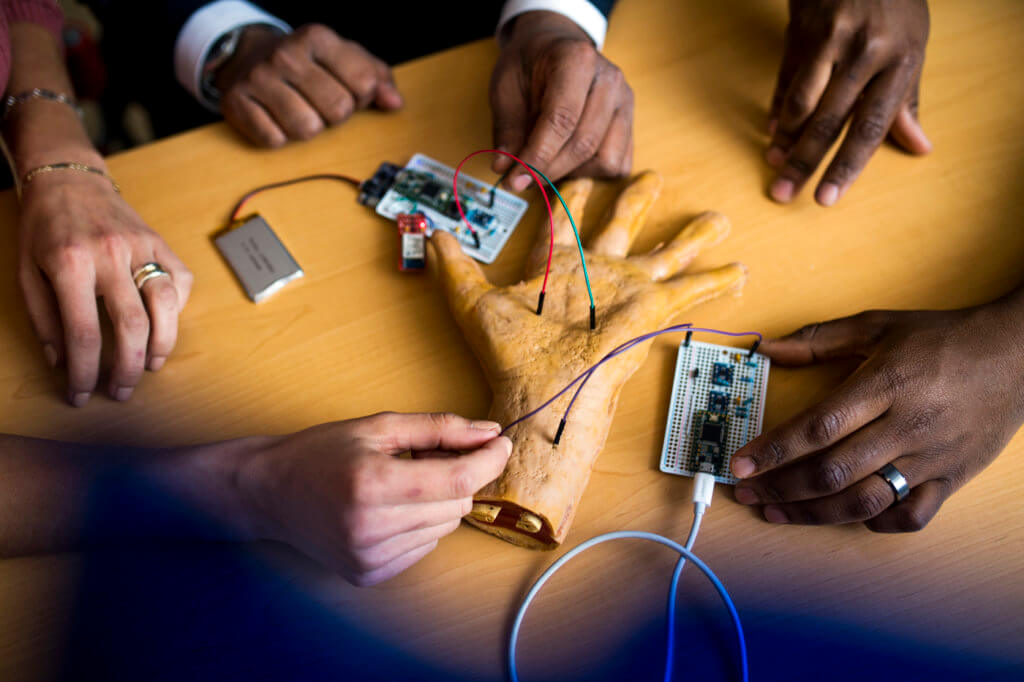 It must be one of the wonders of the world that much of the infrastructure provided by the Internet as we know it today runs on an infrastructure created in the 1970s and 1980s. Our technological and network dependence over the years has made cybersecurity and privacy one of the most important modern issues for everyone (from individuals to large organizations) around the world.

“The world was different then; things like privacy were not introduced into the system, “says Professor Kaushik Chowdhury, of the Department of Electrical and Computer Engineering (ECE) at Northeastern University.” Now that the devices have been much faster, but the core network continues being the same, we are working to know the right offenses and defenses to keep our information and ourselves safer. “

Northeastern University College of Engineering, a premier university and R1 research institution, is at the forefront of cybersecurity research with several research centers and institutes and has funded projects across the cybersecurity spectrum.

At the forefront of cybersecurity research

Professor Engin Kirda, jointly appointed in Computer Science and Electrical and Computer Engineering (ECE) at Northeastern University, is the director of the Institute for Information Assurance (IIA), which focuses on cybersecurity and privacy issues.

“Cybersecurity itself is a problem that has existed for at least 15 years, but only recently has the Internet become a critical infrastructure for our daily lives,” says Kirda. “While tech giants like Google and Facebook are, of course, interested in cybersecurity, so are others because everything is connected, including your home and all your devices.”

In addition to major technology organizations, the IIA works with many other funding agencies, such as the National Science Foundation, the Office of Naval Research, and the U.S. Army and Air Force. Due to its ongoing research and training, the Institute contributes to Northeastern’s stature as a National Security Agency / Department of Homeland Security Center of Academic Excellence in Research and Education for Information Assurance.

Northeastern is designing the wireless networks of the future

Another research focus on cybersecurity is the Northeastern Institute for the Wireless Internet of Things (WIOT), which is headed by Professor Tommaso Melodia of the Department of Electrical and Computer Engineering.

“WIOT focuses on advancing research on wireless systems issues in our increasingly connected world and how they interact both digitally and physically,” says Melodia. “We are trying to advance the systems that create this interface, as well as the technologies that make it possible.”

Through WIOT, Melodia and her team participate in the Colosseum, the world’s largest radio frequency channel emulator. Located in the northeast and developed by the Defense Advanced Research Projects Agency, the Colosseum is a data center that can emulate complex interactions, such as the behavior and interaction of wireless devices deployed in a metropolitan area.

“The Colosseum will allow us to create smart, autonomous and collaborative wireless technologies for everything from commercial use to military use,” says Melodia.

Fingerprinting on the radio could improve the security and privacy of wireless communications. Source: Adam Glanzman / Northeastern University

Professor ECE Chowdhury works to provide more data privacy to individual devices that transmit personal data, from smartphones to pacemakers, fitness watches and more. “One of the ways we try to ensure security in the age of the Internet of Things (IoT) is to identify that every device is what it claims to be,” Chowdhury explains. “People who intend to steal personal information or do harm can spoil a device’s unique identification, so through my research, we’re working to detect and identify devices based on the unique radio signals they transmit. “

Chowdhury, his fellow teachers, and his research students have created a deep neural network that can learn the subtle differences within each of today’s many types of device signals, adding a layer of authentication other than a device. is what it claims to be, called radio fingerprinting.

Researchers at Northeastern University College of Engineering are also involved in other areas of cybersecurity research, including:

Students are the future

No matter what piece of the cybersecurity puzzle Northeastern’s engineering faculty tries to understand, one of the constants is the invaluable input and innovation of students.

“They’re the core of what we do,” Melodia says. “At WIOT, they are not only researching innovative technology, but they are also being trained to become the technology and cybersecurity leaders of tomorrow. Our graduates are well-prepared and immediately working in the industry, from Google to manufacturing and academia. “

“Today there are more attacks and the bad guys are getting better and more sophisticated, so defending them requires more reflection and preparation, especially from an interdisciplinary standpoint,” Kirda says. “We are proud that Northeastern students and alumni are there to protect us in the future.”

Google Cloud has tied up with quantum computing startup IonQ to make its quantum hardware accessible through its cloud computing platform.The … END_OF_DOCUMENT_TOKEN_TO_BE_REPLACED

Survey shows many water utilities struggle with cybersecurity By Justin KatzJun 18, 2021 The water industry, like most … END_OF_DOCUMENT_TOKEN_TO_BE_REPLACED

As part of its Today’s Deals offer, Amazon is giving discounts on Levoit air purifiers and humidifiers. The e-tailer has listed the devices at up to … END_OF_DOCUMENT_TOKEN_TO_BE_REPLACED

This summer, Montana is expected to retire a mainframe that has supported state agencies for decades. The state moved remaining applications to the … END_OF_DOCUMENT_TOKEN_TO_BE_REPLACED