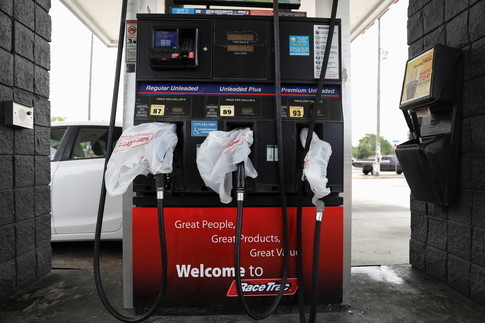 The recent Colonial Pipeline cyber attack was an unfortunate reminder of the danger of cyberattacks on a nation’s economy.

Since the ransomware attack, the pipeline, which carries nearly half of the supply of diesel, gasoline and fuel to the east coast, has been mostly offline, leading to rising gasoline prices to highest levels since 2014. The pipeline has paid a $ 5 million ransom in bitcoin for hackers.

Days later, the U.S. issued an executive order setting out a plan to improve the country’s cybersecurity. It is a welcome action and could offer a way forward to prevent similar attacks in the future.

Why should governments act on cybersecurity?

Cybersecurity challenges are systemic and require both the public and private sectors to work closely to achieve strong cyber resilience.

National governments around the world are one of the largest buyers of technology solutions and investors in innovation thanks to their R&D grants. Governments play an important role in defining the basis of cybersecurity in products, including software and hardware, which they buy or acquire.

By ensuring due diligence in cybersecurity in innovation, development, and technology acquisition, governments can increase the overall health of their technology and the long-term success of their suppliers.

The U.S. executive order is an important step because it will lay the groundwork for collaborative efforts between the public and private sectors that should ultimately be scaled beyond national borders.

The focus on improving software supply chain security is especially key. The government says it will pilot new programs, such as security labeling software.

The order also includes much-needed support for transparency and accountability in the digital supply chain, as it requires important disclosures, such as a list of software materials, to help government buyers understand where it comes from. your code and who wrote it.

This is encouraging because it suggests that the government raises cybersecurity to a strategic level when it comes to developing new technologies and building cybersecurity programs between the public and private sectors.

There is hope that this executive order will bring the attention of private sector executives to cybersecurity issues and inspire action.

Cybersecurity is a team sport and success depends on the contributions of all the players in the ecosystem. The complex challenges of ensuring trust and security in today’s digital reality, such as supply chain security, cybercrime, privacy and many others, can only be solved through public-private cooperation globally.

The views expressed in this article are those of the author only and not the World Economic Forum.

CALIFORNIA CITY — California City’s computers at City Hall were hit with a ransomware attack last month which shut down many functions, including … END_OF_DOCUMENT_TOKEN_TO_BE_REPLACED

Commentary The Department of Homeland Security has declared the United States has 16 “critical infrastructure sectors.” Translated, that means these … END_OF_DOCUMENT_TOKEN_TO_BE_REPLACED

The Columbia Police Department, through its self-reporting of data on vehicle stops to the Missouri Attorney General's Office, found while the city's … END_OF_DOCUMENT_TOKEN_TO_BE_REPLACED

Cybersecurity is no longer solely the duty of IT experts who are positioning firewalls and backup servers. It mandates top-to-bottom dedication and a … END_OF_DOCUMENT_TOKEN_TO_BE_REPLACED