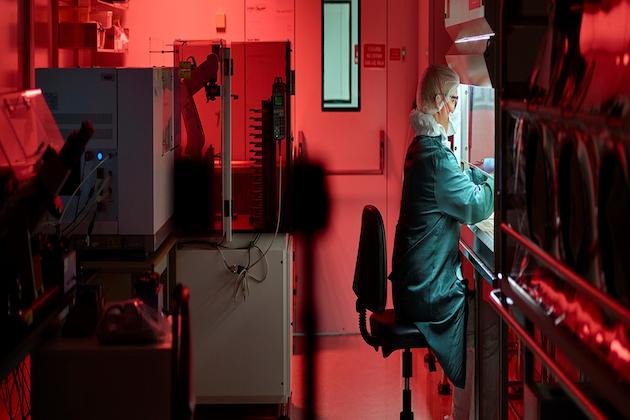 LONDON, England: GlaxoSmithKline announced Friday that it is seeking approval from U.S. regulators to sell a new Covid antibody treatment.

Developed by GSK and Vir Biotechnology, the treatment has been shown to be effective in fighting mild to moderate coronavirus infections in patients older than 12 years.

GlaxoSmithKline officials said clinical trials of the new product, called VIR-7831, resulted in an 85% reduction in hospitalizations and deaths among about 600 volunteers in North and South America.

It should be noted that company officials also said that their antibody treatment was effective in fighting COVID-19 mutant strains.

“[Data] prove this [the treatment] it maintains activity against current variants of concern circulating, including variants from the UK, South Africa and Brazil, ”the company said.

In addition, a variant discovered in California was successfully treated with the GlaxoSmithKline product.

GlaxoSmithKline applies for emergency use authorization from the U.S. Food and Drug Administration and meets with other foreign regulators to make treatment available in numerous countries.

In addition, Eli Lilly previously announced that he has developed a two-drug antibody treatment that has been shown to be nearly 90% effective in preventing severe mortality and COVID-19.

If you are looking to buy a new laptop, then here’s a deal for you. Amazon has listed Samsung Galaxy Book Pro laptop with 12% off on its website. As … END_OF_DOCUMENT_TOKEN_TO_BE_REPLACED

Cloud-based solutions are likely to be at the centre of asset managers’ increased IT investment over the next 12 months, according to recent research … END_OF_DOCUMENT_TOKEN_TO_BE_REPLACED

ANDOVER, Mass., June 16, 2021 /PRNewswire/ -- Navisite announced today an expansion of its cybersecurity services to include a Virtual Chief … END_OF_DOCUMENT_TOKEN_TO_BE_REPLACED

Not many brands prefer to offer smart TV running Fire TV operating system. However, they are a very good option to go for if you are looking for an … END_OF_DOCUMENT_TOKEN_TO_BE_REPLACED