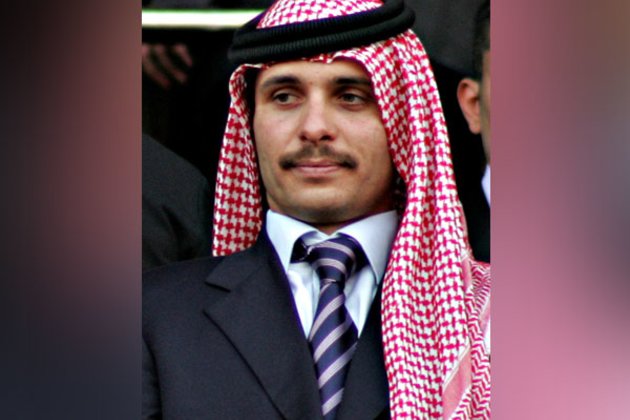 Amman [Jordan] April 5 (ANI): The Jordanian government accused Crown Prince Hamzah bin Hussein and his aides of being in contact with “foreign parties” over the “right time to destabilize” the country.

The move comes after Saturday’s announcement by Hamzah, half-brother of the country’s ruler, King Abdullah II, who was detained at home.

At a news conference on Sunday, Jordanian Deputy Prime Minister Ayman Safadi said security officials had intercepted communications between Hamzah, his circle and foreign parties over an alleged plan that claimed it would harm the stability and security of the country. country, according to DW Agency news.

Safadi said Hamzah had been engaged in “recent activities and movements” with the aim of inciting people against the state.

The deputy prime minister said authorities detained between 14 and 16 people on Saturday, as well as two top senior officials. Among those detained were Hassan bin Zaid, a member of Jordan’s royal family and sent to Saudi Arabia, and Bassem Awadallah, a former finance and planning minister and longtime confidant of the king.

At Sunday’s press conference, Safadi, according to the DW Agency, said King Abdullah II would discuss the situation with Hamzah, his half-brother, directly and within the royal family.

The Jordanian army chief said on Saturday that Hamzah was not detained, but had been asked to stop “some activities that could be used to shake Jordan’s stability and security.” But the prince has discussed it in a video message.

In a video statement, the former Crown Prince described how he had been ordered to remain at home incommunicado with his wife and children, the New York Times reported.

“Since then, some of the people I know – or my friends – have been arrested, my security has been removed and Internet and telephone lines have been cut off,” the former Crown Prince said. of Jordan.

Queen Noor, the mother of former Crown Prince Hamzah, on Sunday denounced the “evil slander” in her first response to the revelations after widespread images showed her son criticizing the government.

“Praying for truth and justice to prevail for all the innocent victims of this evil slander. God bless and protect them,” he said on Twitter.

The United States, Saudi Arabia and Egypt were one of the countries that expressed their support for King Abdullah. (ANI)

The iOS 14 update brought several new features to the iPhone including some customisation options with the help of Widgets and App Library. Even … END_OF_DOCUMENT_TOKEN_TO_BE_REPLACED

Confidential computing is needed for AI and also for AI-based self-driving cars. getty Let’s play a spying game. A friend of yours wants to … END_OF_DOCUMENT_TOKEN_TO_BE_REPLACED

If you are looking to buy a new laptop, then here’s a deal for you. Amazon has listed Samsung Galaxy Book Pro laptop with 12% off on its website. As … END_OF_DOCUMENT_TOKEN_TO_BE_REPLACED

Cloud-based solutions are likely to be at the centre of asset managers’ increased IT investment over the next 12 months, according to recent research … END_OF_DOCUMENT_TOKEN_TO_BE_REPLACED