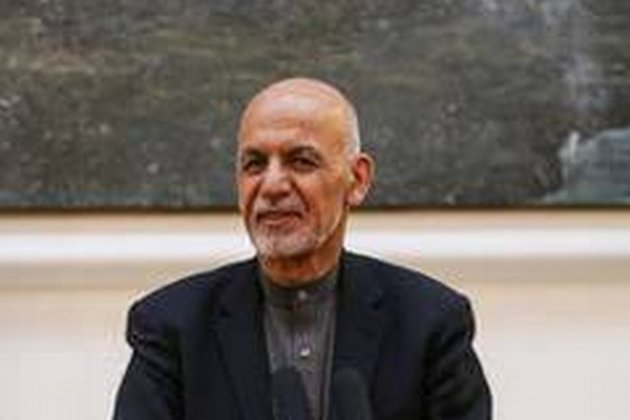 In a tweet, the Afghan president reported that he spoke with his American counterpart Joe Biden and assured that Afghanistan will work with US partners to ensure a smooth transition.

“Tonight, I had a call with President Biden in which we discussed the U.S. decision to withdraw its forces from Afghanistan in early September,” the tweet said.

“The Islamic Republic of Afghanistan respects the decision of the United States and we will work with our American partners to ensure a smooth transition,” he added.

Kabul will continue to work with US and NATO partners on ongoing peace efforts, he stressed.

“Afghanistan’s proud security and defense forces are fully capable of defending its people and its country, which they have been doing all along, and which the Afghan nation will continue to appreciate forever,” he added.

Biden will have to withdraw all U.S. troops from Afghanistan before the twentieth anniversary of the 9/11 terrorist attacks.

Biden will announce his decision to withdraw the military from the country in the coming months on Wednesday, a person familiar with the matter told the Washington Post.

In just 102 minutes, the two towers of New York’s World Trade Center collapsed after planes hijacked by al-Qaeda agents collided with them.

The Trump administration had previously set a deadline for the May 1 withdrawal in negotiations with the Taliban.

Although the Taliban have vowed to resume attacks on U.S. and NATO personnel if foreign troops are out of time, it is unclear whether the militants will continue with these threats given Biden’s plan to phase out ‘here in September, reported The Washington Post.

Officially, there are 2,500 U.S. soldiers in Afghanistan, although the number fluctuates and is currently about 1,000 more than that. There are also up to 7,000 additional foreign forces in the coalition, most of them NATO troops.

Some officials have warned that leaving the United States will lead to the collapse of the Kabul government, jeopardizing the gains made over the past two decades in women’s health, education and rights, the Washington Post reported.

Biden administration officials say the United States intends to remain closely involved in the peace process and will continue to provide humanitarian aid and assistance to the Afghan government and security forces, which remain almost entirely dependent on foreign support. (ANI)

The Securities and Exchange Commission is gaining traction in the enforcement of cybersecurity and disclosure requirements.  The SEC has a lot on its … END_OF_DOCUMENT_TOKEN_TO_BE_REPLACED

The Amazon Prime Day sale is still a couple of days away. Ahead of that, the e-commerce platform has already started listing down deals and discounts … END_OF_DOCUMENT_TOKEN_TO_BE_REPLACED

Today, there are numerous options available for companies to connect enterprise applications to cloud infrastructure. Cloud adoption is no longer a … END_OF_DOCUMENT_TOKEN_TO_BE_REPLACED