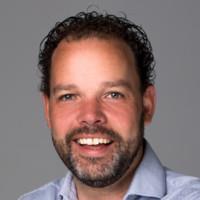 Over the last few years, the adoption of cloud technology has completely changed the way we work and has allowed many sectors of the entertainment industry to take their offerings to the next level. From video games and movies to streaming entertainment, many sectors have already undergone a serious and accelerated digital transformation thanks to the benefits of cloud computing and the benefits are seemingly endless: continuous list, scalability, agility and cost savings.

Motion capture is one of the first technologies to experience a period of rapid growth and expansion that led it to become an integral part of many different industries, ranging from sports science to medical applications and entertainment. Even now, the mocap space is constantly evolving and seeks to expand into virtual and augmented realities. Still, the mocap industry is now only ready to harness the potential of the cloud, but how would that be?

Being able to upload motion capture data directly to the cloud and process it, without the need for powerful local hardware, is a significant step forward for the motion capture industry. Traditionally, the more motion capture data is performed for processing, the more processing power is needed for your PC, but not with the cloud. And this has far-reaching implications for many industries, not just entertainment. Those working in sports science, research, and ergonomics, who often lack the computing power of large creative studios, can now process large data samples quickly. An entire football team could be captured and processed simultaneously in the cloud efficiently and quickly, which would have required powerful equipment before the availability of cloud technology.

The cloud would not only allow fast processing speeds, but also facilitate global collaboration between users in completely different locations. For example, a studio that records full-body motion data in the United States can transmit, store, and process this data directly to the cloud, with a corresponding Singapore-based animation team capable of viewing and downloading specific data to drive their animated scenes. . This would greatly speed up collaboration time between teams, allowing almost instantaneous access to data for multiple users and increase the efficiency of remote work.

Despite a shift in the industry towards a more collaborative approach to work already underway, 2020 set a clear path for the future of teleworking. Millions of people around the world had to adapt quickly to work-from-home facilities, and large creative studios temporarily lost access to their large physical spaces. It’s clear that hybrid, and in some cases completely remote, configurations are here to stay, and during the pandemic, some of our customers have been creative taking their costumes home to record full-body movements to drive works. of professional animation. to launch our own cloud computing offering, MotionCloud. Access to the cloud can make remote work easier in more intuitive ways, making things easier than ever.

This is just the beginning of the potential use of the cloud by the motion capture industry and we can’t wait to see what innovative solutions and workflows emerge in the coming years.

PHOTO: rawpixel If we have become used to talking about the cloud in terms of private and public cloud, or even about hybrid cloud strategies, over … END_OF_DOCUMENT_TOKEN_TO_BE_REPLACED

To print this article, all you need is to be registered or login on Mondaq.com. On May 12, President Biden signed an  executive … END_OF_DOCUMENT_TOKEN_TO_BE_REPLACED

The iOS 14 update brought several new features to the iPhone including some customisation options with the help of Widgets and App Library. Even … END_OF_DOCUMENT_TOKEN_TO_BE_REPLACED

Confidential computing is needed for AI and also for AI-based self-driving cars. getty Let’s play a spying game. A friend of yours wants to … END_OF_DOCUMENT_TOKEN_TO_BE_REPLACED