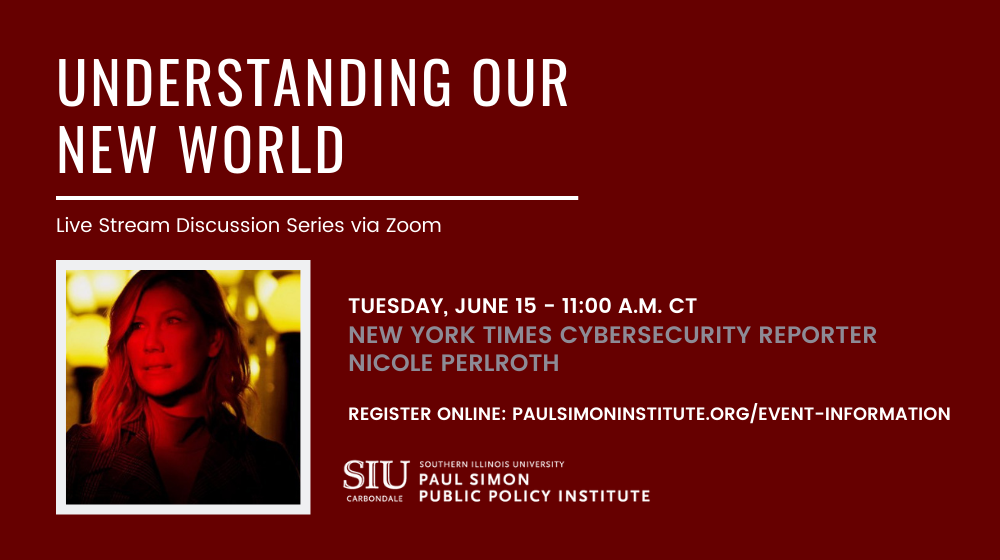 The conversation is set for 11 a.m. Tuesday, June 15 via Zoom. The event is part of the institute’s “Understanding Our New World” series hosted by director John Shaw.

Perlroth covers cybersecurity and digital espionage for the New York Times and has recently written stories about the Colonial Pipeline hack in May, which disrupted fuel supplies on the East Coast, and the hack earlier this month of meat processor JBS, which impacted operations at United States beef, pork and poultry plants.

Her book “This Is How They Tell Me the World Ends: The Cyber Weapons Arms Race,” was released in February to critical acclaim. Perlroth is also a guest lecturer at the Stanford Graduate School of Business.

“With every passing day, it’s increasingly clear that cybersecurity relates not only to the safety and prosperity of the United States, but also to the day-to-day security and safety of individual Americans,” Shaw said. “Nicole Perloth’s book about the cyber arms race is both terrific and terrifying.  She is one of our country’s most respected cybersecurity writers and is remarkably skilled at making the world of cybersecurity understandable and relevant to all of our lives.”

The virtual event is free and open to the public. Registration is required at paulsimoninstitute.org/event-information.

The Securities and Exchange Commission is gaining traction in the enforcement of cybersecurity and disclosure requirements.  The SEC has a lot on its … END_OF_DOCUMENT_TOKEN_TO_BE_REPLACED

The Amazon Prime Day sale is still a couple of days away. Ahead of that, the e-commerce platform has already started listing down deals and discounts … END_OF_DOCUMENT_TOKEN_TO_BE_REPLACED

Today, there are numerous options available for companies to connect enterprise applications to cloud infrastructure. Cloud adoption is no longer a … END_OF_DOCUMENT_TOKEN_TO_BE_REPLACED