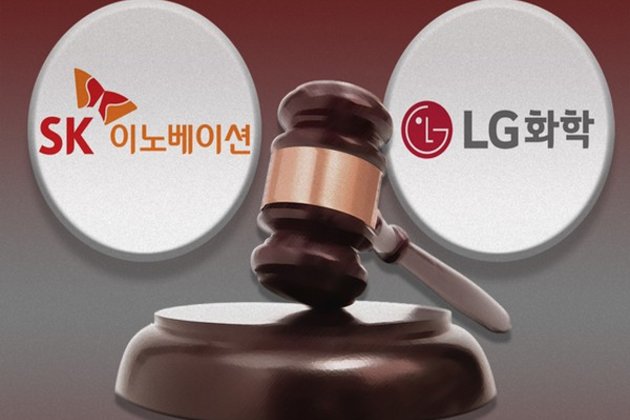 Seoul [South Korea]April 2 (ANI / Global Economic): On March 31 (local time) the United States International Trade Commission (ITC) made a preliminary ruling that SK Innovation did not infringe the patent in relation to the battery separator filed for LG Energy Solutions.

This announcement was made as a preliminary ruling by ITC in the case of LG Energy Solutions which filed a lawsuit with ITC in September 2019, claiming that SK Innovation infringed 4 patents, including 3 U.S. patents and 1 materials patent. of cathode. The lawsuit will be finalized through the final decision process of the ITC committee on August 2nd.

ITC recognized the validity of SRS 517 related to separation membrane coating, but decided that the patent did not meet the requirements of DI (US industry) and that SK did not infringe the patent. For the other three patents (152241877), the patents were determined to be invalid.

LG Energy Solutions said on Thursday: “It is unfortunate, but we respect this decision,” and added, “We plan to clarify the details so that the patent infringement and validity can be recognized in accordance with the rest of the proceedings. litigated “. SRS patent related to membrane separation coating: “We will be able to prove the infringement as long as the validity of patent 517, which is the basic patent, is recognized.” Regarding the SRS152 patent and the cathode material patent, they said, “The infringement has been recognized, but we plan to prove the validity of the patent that was deemed invalid.” LG Energy Solutions said: “In the case of a cathode the material patent, both the validity and the infringement, are recognized in a specific claim (paragraph 18), so we will actively state this.” In particular, LG Energy Solutions He said: “SRS technology is a technology that improves thermal and mechanical strength by forming a ceramic structure of the membrane material and prevents internal short circuits, thus strengthening the stability of the battery without impairing performance. We have about 800 related patents with SRS technology in Korea, USA, Europe, China, Japan, etc. and we have won more than 100 billion earned in license agreements with global materials companies and still receive technology fees. “SK Innovation said:” We welcome with satisfaction with the ITC’s decision and we are confident that even if LG does not agree with this decision, we are confident that we will be able to defend ourselves sufficiently. ” SK Innovation added: “We have been developing excellent battery technology for a long time and we expected ITC to make a decision that would prove non-infringement. This preliminary decision recognized SK Innovation’s own technology.” SK Innovation believes that this Preliminary decision is of great importance in recognizing the uniqueness of SK battery technology. (ANI / Global Economic)

The iOS 14 update brought several new features to the iPhone including some customisation options with the help of Widgets and App Library. Even … END_OF_DOCUMENT_TOKEN_TO_BE_REPLACED

Confidential computing is needed for AI and also for AI-based self-driving cars. getty Let’s play a spying game. A friend of yours wants to … END_OF_DOCUMENT_TOKEN_TO_BE_REPLACED

If you are looking to buy a new laptop, then here’s a deal for you. Amazon has listed Samsung Galaxy Book Pro laptop with 12% off on its website. As … END_OF_DOCUMENT_TOKEN_TO_BE_REPLACED

Cloud-based solutions are likely to be at the centre of asset managers’ increased IT investment over the next 12 months, according to recent research … END_OF_DOCUMENT_TOKEN_TO_BE_REPLACED