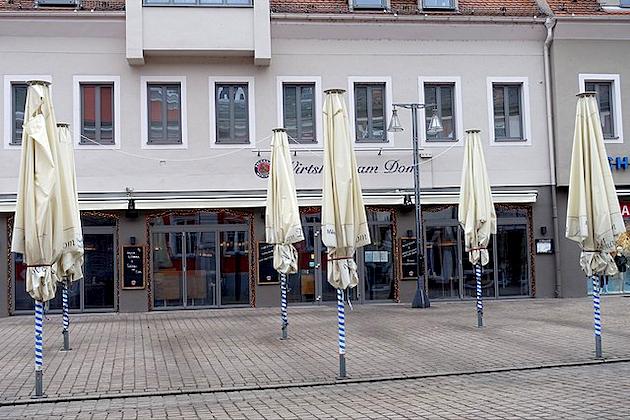 FRANKFURT, Germany: While the United States and China recorded strong economic growth in 2021, the European economy shrank by 0.6 percent during the first three months of the year.

The European contraction, however, was less than the 1% expected by the authorities.

By contrast, the U.S. economy grew 1.6 percent during the first quarter, driven by strong consumer demand. On an annualized basis, the United States grew at a rate of 6.4 percent.

For Europe, this is the second consecutive quarter of falling production and experts warn that the continent has once again fallen into recession. At the same time, other officials spoke with growing confidence about the expected economic growth in April and May.

In addition, there was good economic news in Europe. France recorded growth of 0.4 percent, compared to the previous quarter. However, experts were surprised by Germany, where the economy shrank by 1.7% higher than expected. It was noted that the German manufacturing sector suffered a slowdown due to interruptions in the supply of parts.

French authorities are cautiously optimistic, saying larger segments of the population are vaccinated against COVID-19. In addition, blocking restrictions are slowly being lifted, as the outdoor terraces of French cafes and restaurants may be reopened on May 19, along with museums, cinemas, theaters and concert halls, while Covid precautions are taken. .

However, Italy, Spain and Greece are preparing for the loss of the second summer tourist season.

The idea of companies being ‘born in the cloud’ has become popularised in recent years. … END_OF_DOCUMENT_TOKEN_TO_BE_REPLACED

The accelerated adoption of digital transformation in the Middle East has increased the risk factor of cyberattacks. Here are some of the executives … END_OF_DOCUMENT_TOKEN_TO_BE_REPLACED

SINGAPORE (THE BUSINESS TIMES) - Temasek on Tuesday (Aug 10) launched an offering of 50-year Singapore dollar bonds, following a recent round of US … END_OF_DOCUMENT_TOKEN_TO_BE_REPLACED

Facebook has officially launched Live Audio Rooms and podcasts for users in the U.S. These features will initially be available to select public … END_OF_DOCUMENT_TOKEN_TO_BE_REPLACED