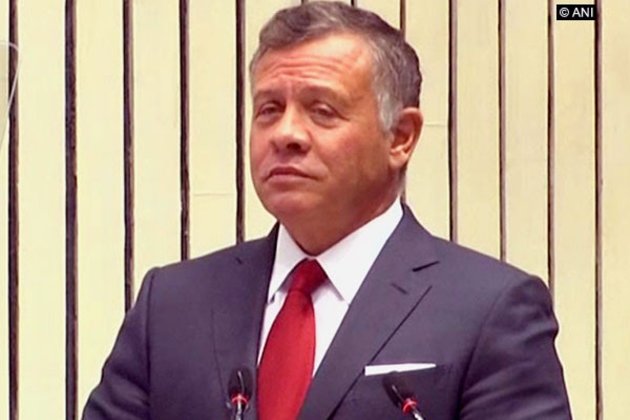 Washington [US], April 4 (ANI): The U.S. State Department said on Saturday that Jordan’s monarch king Abdullah II is a “key partner” of the United States and that he “has our full support” in the midst of ‘reports that his half-brother Prince Hamzah bin Al Hussein had been questioned – possibly in connection with an alleged plot to destabilize the country.

“We are following the reports closely and in contact with Jordanian officials. King Abdullah is a key partner of the United States and has our full support,” State Department spokesman Ned Price said in an email on CNN.

Saudi Arabia also said it supports King Abdullah’s decision to maintain his country’s security, according to a statement released by the Saudi News Agency (SPA) on Saturday.

“The kingdom affirms its full support, with all its capabilities, to all decisions and measures taken by King Abdullah and His Highness Prince Al Hussein bin Abdullah II, the Crown Prince, to maintain security and stability.” , declared the Saudi royal court as reported by CNN.

Local media in Egypt quoted Presidential spokesman Bassam Radi on Saturday as saying that Egypt expresses its full support for Jordan and the Jordanian king to preserve the security and stability of the kingdom.

“Egypt claims that the security and stability of Brother Jordan is an inseparable part of Egyptian and Arab national security,” the Egyptian presidential statement said, adding: “May God protect the kingdom from any harm.” that Hassan bin Zaid, a member of Jordan’s royal family and sent to Saudi Arabia, and Basem Ibrahim Awadallah, a longtime confidant of King Abdullah have been arrested for “security reasons.” Zaid is a distant cousin of King Abdullah II. His brother was Ali bin Zaid, an intelligence agent killed along with seven CIA agents in 2010 in a suicide bombing in Khost, Afghanistan.

The Washington Post reported that up to 20 people were arrested by Jordanian police trying to curb the movement of the former crown prince.

“The movement followed the discovery of what officials described as a complex and powerful plot that included at least one other royal Jordanian king, as well as tribal leaders and members of the country’s political and security establishment. citing unspecified evidence of “foreigners.” supporting the plan, “The Post reported.

The newspaper quoted a statement from the Jordanian Armed Forces confirming the multiple arrests and said it had “asked Prince Hamzah to cease all movements or activities that could be undertaken to attack Jordan’s security and stability. “. King Abdullah has ruled the country since the death of his father, King Hussein, in 1999. Prince Hamzah is the eldest son of the late King Hussein and his American wife Queen Noor, and is the king’s half-brother. Abdullah. (ANI)

The idea of companies being ‘born in the cloud’ has become popularised in recent years. … END_OF_DOCUMENT_TOKEN_TO_BE_REPLACED

The accelerated adoption of digital transformation in the Middle East has increased the risk factor of cyberattacks. Here are some of the executives … END_OF_DOCUMENT_TOKEN_TO_BE_REPLACED

SINGAPORE (THE BUSINESS TIMES) - Temasek on Tuesday (Aug 10) launched an offering of 50-year Singapore dollar bonds, following a recent round of US … END_OF_DOCUMENT_TOKEN_TO_BE_REPLACED

Facebook has officially launched Live Audio Rooms and podcasts for users in the U.S. These features will initially be available to select public … END_OF_DOCUMENT_TOKEN_TO_BE_REPLACED