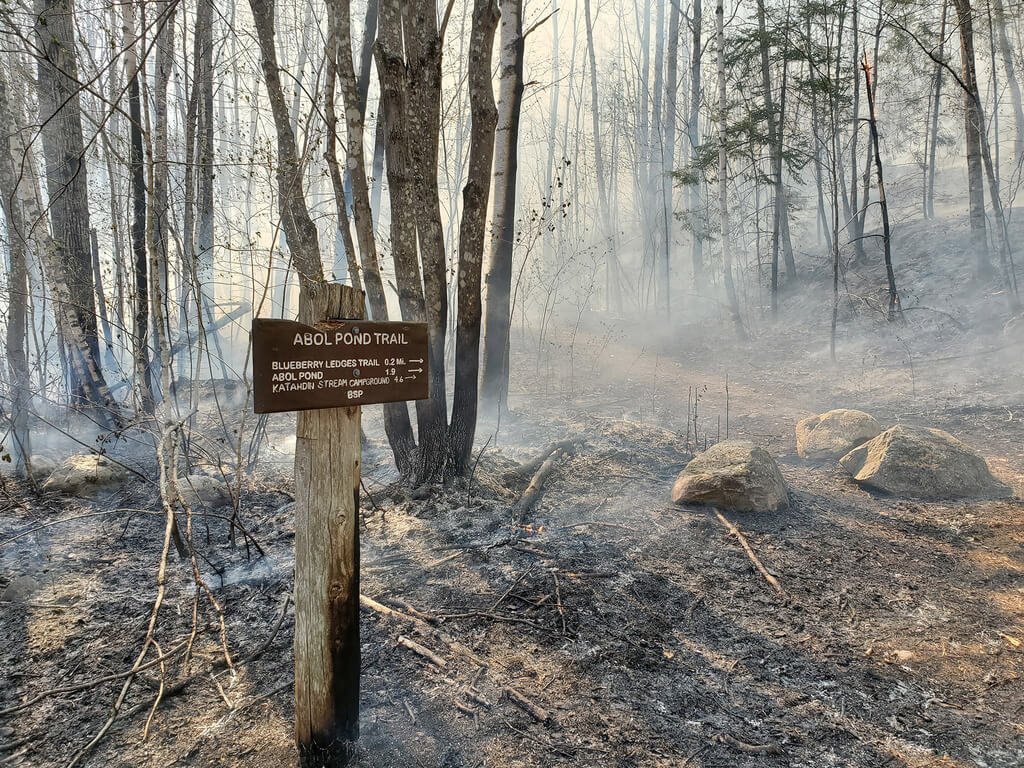 The BDN Opinion section operates independently and does not set newsroom policies or contribute to reporting or editing articles elsewhere in the newspaper or on bangordailynews.com.

Stephan M. Bunker is a firefighter in Farmington.

Last year, Maine experienced the most wildfires in the past 35 years, a 300 percent increase over the number of wildfires recorded in 2019. Already this year, the Maine Forest Rangers have tracked more than 450 wildfire events. Considering the limited snow cover and continued dry weather patterns, Maine may be looking at another record-breaking year for wildfires.

During the same period, the movement of local fire departments getting smaller or closing and firefighting resources diminishing continued. Doing more with less staff and less equipment is a tall order, and it looks like there is no end in sight for this concerning trend.

Over the last five years, due to local fire department closures, Maine’s Forest Rangers adopted the primary firefighting responsibility for an additional 355,000 acres. This added responsibility has not been met with an increase in personnel, in addition to the Maine Forest Protection division having lost 25 positions between 2000 and 2018.

Because of this, the Maine Forest Service helicopters are called upon more frequently than ever before to move firefighters and equipment to remote locations and to drop water on fires. Maine’s wildfire fighting and rescue helicopters are why, even though the state experienced more fires in 2020, the number of acres burned and dwellings lost remained relatively small. Helicopters get rangers to the fires quickly, often arriving first on the scene to fight fire aggressively. Additionally, Maine Forest Service airplanes are used for fire detection flights, water quality enforcement and entomology surveys, mapping the entire state for invasive pest infestations.

The mission of the Maine Forest Ranger Aviation Branch is to support the firefighting and law enforcement actions of the Forest Rangers and local fire departments. The helicopters and the five pilots who fly them are a vital and trusted resource for fighting wildfires and assisting the Maine State Police, game wardens and biologists, the Office of Information Technology, Baxter State Park, the Department of Transportation and other state agencies. In other words, without the Maine Forest Service aircraft, the state would be forced to hire outside service providers, which by one estimate, comes with an annual price tag of over $7 million.

This fleet of aircraft is aging. The air fleet includes seven helicopters, including five Vietnam-era UH-1H (Huey) helicopters. They are all former military aircraft built in the mid-1960s. Three of those helicopters were used in the Vietnam War. The average age of their fixed-wing aircraft is 56 years old, with the oldest being 69, manufactured in 1952 as a spotter plane for the U.S. Air Force.

Though the Maine Forest Service aviation mechanics expertly maintain the aircraft, the aircraft age interferes with the safety of our operations. As it stands now, replacement parts are increasingly costly and difficult to procure, and aged aircraft spend more time grounded due to maintenance issues. On numerous occasions, the military and FAA have issued bulletins on the Hueys, downing the worldwide fleet, sometimes for extended periods, due to maintenance concerns.

A very real need to begin to replace some of these helicopters exists. There is currently $6.5 million in the Mills administration’s proposed supplemental budget for replacing Maine Forest Service aircraft. The funds from this budget would allow the Maine Forest Ranger Aviation Branch to decommission, return, or sell five aircraft, replacing them with modern aircraft that have, at a minimum, another 30 years of life.

The Maine Forest Rangers operate an effective and efficient flight division that benefits the entire state, but the older aircraft need to be replaced or modified to maintain that effectiveness.

The governor’s budget for updating the aircraft will be received by the Appropriations and Financial Affairs Committee and then voted on in the House and Senate. Please contact your legislators and urge them to vote yes on this important initiative.

More articles from the BDN

Google Cloud has tied up with quantum computing startup IonQ to make its quantum hardware accessible through its cloud computing platform.The … END_OF_DOCUMENT_TOKEN_TO_BE_REPLACED

Survey shows many water utilities struggle with cybersecurity By Justin KatzJun 18, 2021 The water industry, like most … END_OF_DOCUMENT_TOKEN_TO_BE_REPLACED

As part of its Today’s Deals offer, Amazon is giving discounts on Levoit air purifiers and humidifiers. The e-tailer has listed the devices at up to … END_OF_DOCUMENT_TOKEN_TO_BE_REPLACED

This summer, Montana is expected to retire a mainframe that has supported state agencies for decades. The state moved remaining applications to the … END_OF_DOCUMENT_TOKEN_TO_BE_REPLACED